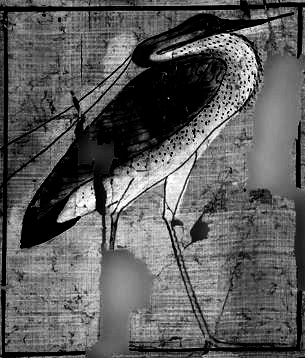 Bennu was a self-created being said to have played a role in the creation of the world. He was said to be the ba of Ra and to have enabled the creative actions of Atum. The deity was said to have flown over the waters of Nun that existed before creation, landing on a rock and issuing a call that determined the nature of creation. He also was a symbol of rebirth and, therefore, was associated with Osiris.

Some of the titles of Bennu were “He Who Came Into Being by Himself”, and “Lord of Jubilees”; the latter epithet referred to the belief that Bennu periodically renewed himself like the sun was thought to do. His name is related to the Egyptian verb wbn, meaning “to rise in brilliance” or “to shine”.

Roast heron was once a specially prized dish in Britain